It is with a sad note that as some of you may have heard, Garnet McKee passed away October 24 peacefully with family at his side. Garnet’s history with the SSAC and the Alumni as a volunteer spans over many years as a club member, Alumni, coach and much more. His son Kevin played with the club, and now his grandson Ben, is with the Midget 15AA Dolce Vita team. I personally will miss his contribution to the Alumni as one who I often phoned and asked, “what do you think Garnet?” We will miss him dearly as a friend, a member of our organizations and a true gentlemen. Our thoughts and prayers go out to his family. Rest in peace, my dear friend. – Horace Chyzowski, SSAC Alumni President 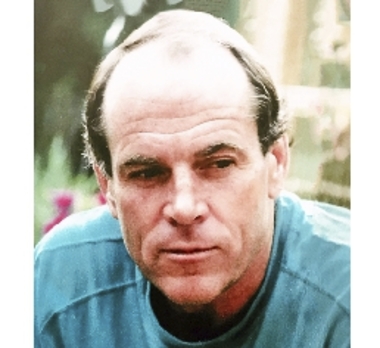 It is with profound sadness, but deepest gratitude, that we announce that Garnet McKee has written the final chapter in his incredible life’s journey. On Thursday, October 24, 2019, surrounded by his family, Garnet came to rest after a long and courageous battle with a brain tumour.

Garnet was a long serving South Side Athletic Club Alumni member and was honoured as a Life Member in 2000-01. Garnet was born on August 12, 1938 in Calgary and lived most of his life in Saskatoon and Edmonton. He was a successful civil engineer with a reputation built upon a strong work ethic and an unshakeable moral compass. Giving back to his community was a core value for Garnet and the Kinsmen Club of Edmonton, St. Joseph’s College and the South Side Athletic Club were among the organizations that were blessed to count him amongst their ranks. Beyond all else, family and friends were his first priority and his greatest source of pride. Garnet touched the lives and hearts of every person he encountered and left an impression of kindness and authenticity wherever he went. With his trademark positivity, we will remember his words….”It doesn’t get any better.” Garnet is survived by his wife of 55 years, Gloria; his son, Kevin (Lyn); daughters, Sheryl Maik (Terry) and Erin Gaudet (Bert); and grandchildren, Megan, Jillian, Ben, Lauren, Clay, Marc and Gavin. The family would like to extend a heartfelt thanks to the incredible staff at Exquisicare for taking care of Garnet with love and tenderness over the past 11 months. Funeral Mass Monday, October 28 at 11:00 a.m. at St. Thomas More Roman Catholic Church, 210 Haddow Close (23 Avenue and Terwillegar Drive) with concelebrants Reverend Mitch Fidyka and Reverend Jim Corrigan officiating. In lieu of flowers, the family would like donations to be made to the Hope Mission, 9908 – 106 Avenue, Edmonton, AB T5J 2L8. Photos, memories and condolences may be shared through www.parkmemorial.com.