David Breakwell U of A Sports Wall of Fame Inductee

Home / David Breakwell U of A Sports Wall of Fame Inductee 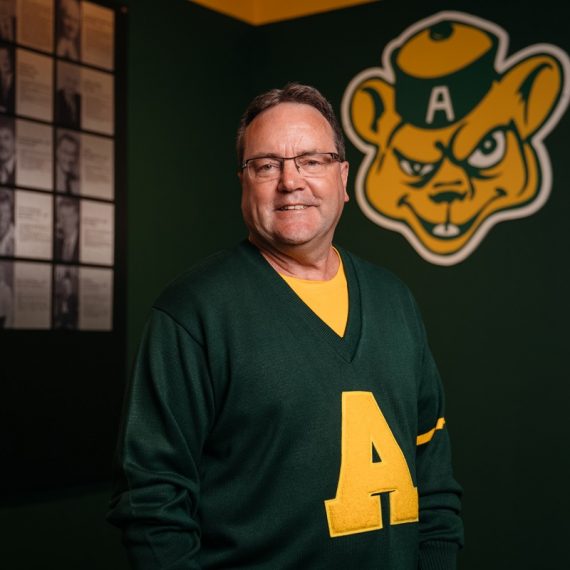 Congratulations to coach David Breakwell for his induction into the University of Alberta Sports Wall of Fame. Coach Breakwell started coaching at SSAC in 1979. He was recognized by the SSAC Alumni and the club in 2006 with SSAC life membership at the awards banquet.

In each of the three seasons that David Breakwell played for the Golden Bears hockey team, from 1976 through ‘79, the team made the national championships, cementing its legacy in the Edmonton Sports and Alberta Hockey halls of fame. A former president of the Golden Bear Hockey Alumni Association, Breakwell received his Chartered Professional Accountant designation in 1982 and has held senior executive positions in the public and private sector, including the last 13 years as an Assistant Deputy Minister in Alberta’s Energy, Health and Infrastructure departments. He has remained connected to the hockey community for 38 years, volunteering with the Edmonton Minor Hockey Association as a coach, manager and mentor. He has coached more than 800 players, including 14 who have played in the NHL and two Olympic gold medallists.